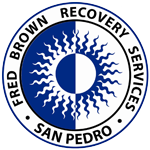 Out of the Darkness
and into the Light

“I was always getting into trouble. I was in and out of prison. I became okay with stealing to support my habit, because meth made me not feel anything anymore. My feelings were dead.” Sitting in his cell, Gary realized that meth “had taken over my life. It took away my time. It took away my freedom.” He also realized he couldn’t stop on his own.

Although he was in a very dark place, there was one bright spot in his days. He noticed that he felt good was whenever he was working out. “It got my brain moving. It got me to want to do something productive. It gave me the confidence to set up goals for when I got out.”  One of those goals was to get clean and start a new life. A month after his release, he began residential treatment at Fred Brown Recovery Services. “They helped me bring out my feelings and learn how to deal with them.”  He completed the program and moved to sober living. Soon afterward, he joined the Strides in Recovery team that had just started there.

“The team kept me motivated. It made me accountable.” He’s been running with the team for 8 months now and chose to take on a new role.  “It’s not just about my own recovery anymore.”  That self-assigned responsibility is what gets him moving on days when he doesn’t feel like running.  “What gets me motivated is the other addicts there, with less sobriety. Being part of this team gives me a purpose. It helps me in every part of my life.”

Today, Gary is approaching a year of sobriety.  He has a job.  He now runs not only with the men at the program where he got sober, but with another team as well.  While he credits his treatment team and running with much of his success in sobriety, he was quick to point out, “I couldn’t have done any of this without God.”